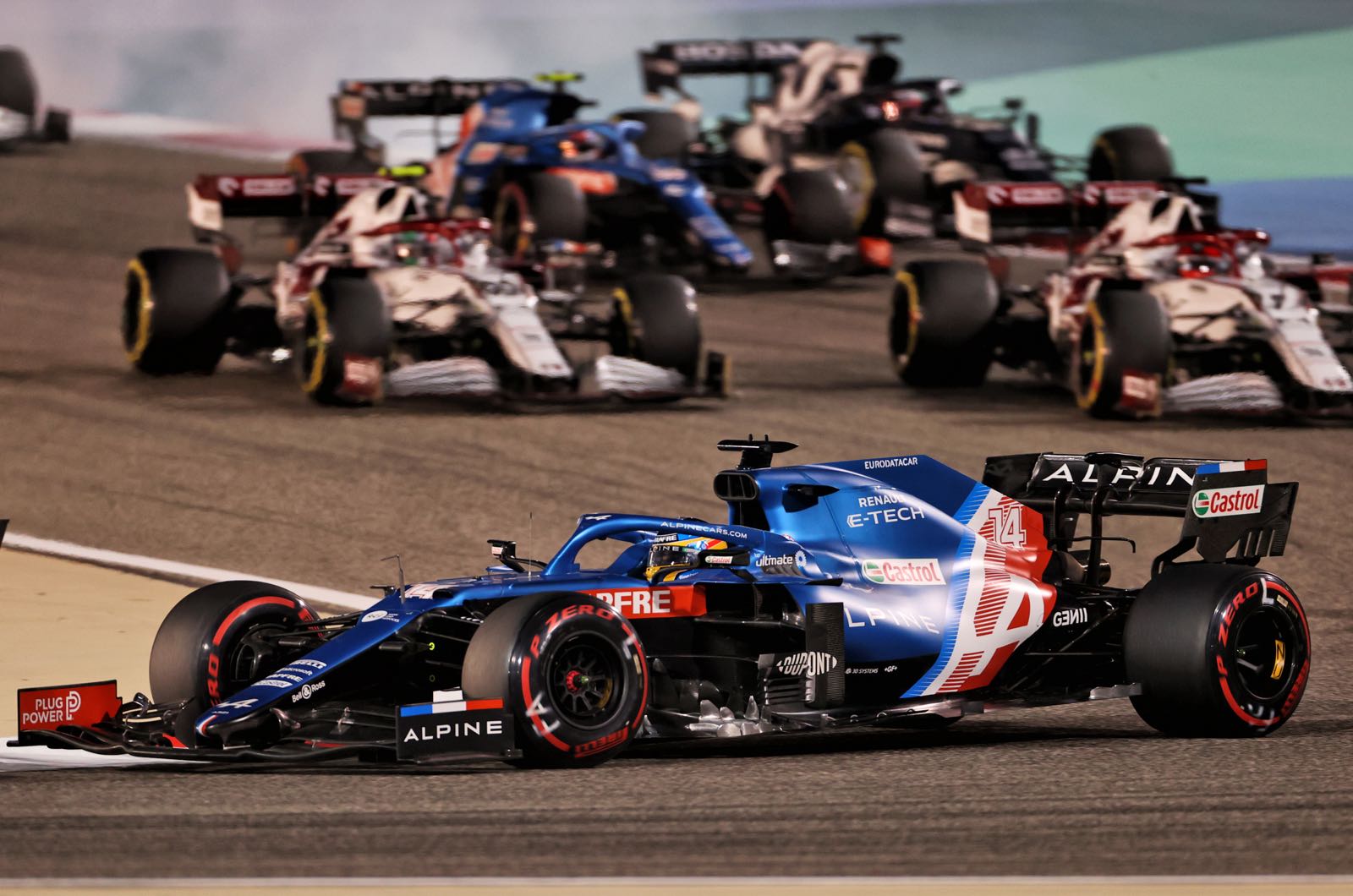 Formula One's approval of trying a different weekend format in three Grand Prix later this year was more than expected, given Ross Brawn's insistence new formats had to be tried before the new technical regulations will come into effect next year, but it's still a massive disappointment for the hardcore Formula One fans that have been following the sport with religious fervor for decades.

Of course Brawn, Domenicali and those that pushed for these changes, will downplay the disappointment of the fans, putting it down to emotional attachment to what they know and complete refusal to accept something new, but a careful analysis of the rules that have been accepted for three Sprint races this year just reinforces the idea this plan can only backfire - unless the weather decides to give the Formula One masterminds a helping hand.

Of course, as Brawn and Domenicali keep on pleading to the drivers, we should all keep an open mind going into these three events - isn't it strange that two races into the season, it's not yet been decided which Grand Prix will feature this new format? - but the indications one can take from the rules that have just been published, is that racing will be a lot less exciting in those three races than they were in Bahrain and Imola, at the start of this season, when we had the two best drivers in the world banging wheels and fighting for the lead.

While Friday won't be much different than it was last year's Saturday in Imola - one Free Practice Session in the morning, regular qualifying in the afternoon - it's unlikely teams and drivers will be out on track for long on Saturday's FP2 session. With the cars already under Parc Fermé rules, and only one set of tyres available per driver, you won't be able to try new set-ups for the two races, so you'll be just using precious Power Unit and gearbox mileage during those 60 minutes without getting any benefit. Therefore, a short run to check if everything is working properly, like we used to see during the Sunday morning Warm Up sessions we had until the start of the century, will be all the spectators will get to see.

More importantly, Saturday races are going to be run non-stop by all drivers that will not run into trouble, because there's no way you can make up for the pit stop time loss in a race that will have only 16 laps, if it's run in Silverstone, or 17 if it's run in Monza. Even in the short Interlagos circuit the Saturday race will only go on for 23 laps, so there's no way anyone will try to run it with one stop, as that would force a gain of over one second per lap over all the others, to make up for the ground lost in the pits.

Then, comes the main race, where drivers will only have two sets of tyres available to them and with a free choice of compound for the start. What does that mean? One-stop races for everybody, of course, the kind of format everyone is desperate to get rid of, because it's the least entertaining one of all. Unless someone starts clearly out of position after getting into trouble in the Saturday race, what we're going to see is 20 cars starting on identical tyres and stopping roughly around the same lap to change to the other compound. How will that enhance the show and provide closer racing than as have now, it's a mystery. Cars with similar performances, running exactly the same tyre compounds and under the same strategy don't tend to overtake each other, do they? What we would need, if there's such a desperation to try new things, is a format that encourages drivers to use different strategies throughout the race and that, unfortunately, doesn't seem to be the case of the format we'll have this year. Non-stop Saturday races and one-stop Sunday races is what seems to await us and there's no reason to be looking forward to that.

There's also a very puzzling fact behind all that: why try a new format this year, when Formula One and the FIA insist that the cars that will be racing from 2022, designed under completely new technical regulations, will allow for much closer racing and will increase the possibility to overtake in a big way? If that's the case, why bother with defacing three weekends with a format that won't be necessary in the future, as the cars will be able to race in much close quarters than now? Or does this mean the regulators have already found out next year's cars will be as difficult to race in close battle as the current ones? If that's the case, then there's a logical explanation for this desperate attempt to change a format that, for all intents and purposes, has been working fine for more than 70 years and I think we should be told…

As for the proposal Formula One should run different Grand Prix formats during a season, that's short of preposterous. By changing formats from race to race you'll only confuse and anger the fans, you won't attract new ones, because they won't understand why in race A qualifying was the exciting one-lap format we've had forever and in race B the drivers will be ploughing around for 16 or 17 laps in the same schedule you were hoping to see their flat out attempts over one lap. After all, football matches go on for 90 minutes in all championships and you don't see FIA playing with the format to try and get some quick fix for the lack of goals, do you?

Add to that the fact that pole position won't be given to the fastest driver in qualifying but to the one who will win the sprint race, and you're throwing away a tradition that is even older than the Formula One World Championship and will make statisticians join the debate with Formula One fans when it will come to count the number of pole positions each driver has achieved in his career. Do you count as pole position being the fastest in qualifying, as we've always done, or the one who lines up first for the main race, as Formula One now wants to do?

And, in conclusion, just a bit of semantics' discussion: isn't It completely wrong to call the Saturday race Sprint Qualifying, when its format means the drivers will have to cover 15 to 20 times more laps than in normal qualifying? Wouldn't Marathon Qualifying be a much more appropriate name for this marketing exercise? After all, until now Lewis Hamilton secured 99 pole positions by virtue of being the fastest over one lap in qualifying, but in those three events we'll have with different format, he'll have to be leading at the end of many, many laps, to get pole position for the Sunday race, so that doesn't seem to me like a sprint, more like a long-distance run…