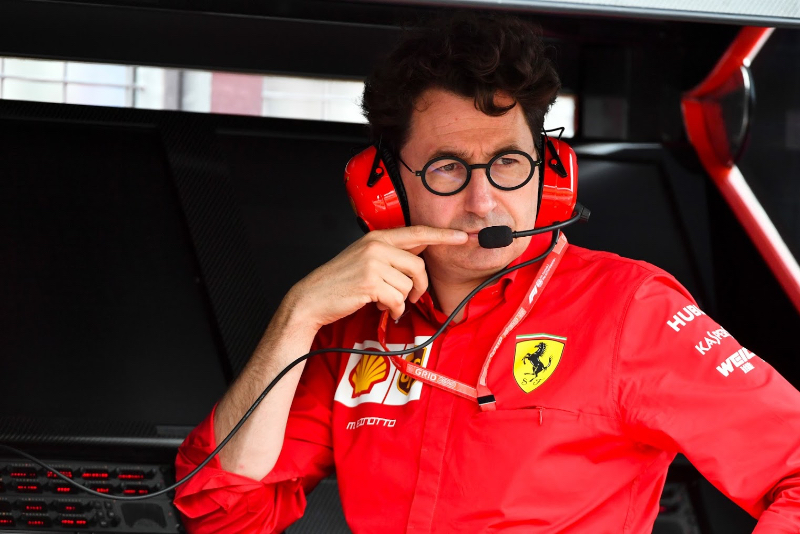 Ferrari has hit back at rumours that Mattia Binotto could be ousted as boss - just as a second familiar name is linked with the top job at Maranello.

"Ferrari states that these rumours are totally without foundation," the team said in a media statement.

That statement was prompted by widespread speculation earlier this week that Frenchman Frederic Vasseur, who is reportedly close to Charles Leclerc's manager Nicholas Todt, is being headhunted from his current role at Sauber.

The Hinwil-based team currently known as Alfa Romeo did not respond to requests for comment.

But it was subsequently reported that Ferrari is also recalling Simone Resta from his role as technical director at Ferrari-supported Haas.

And McLaren boss Andreas Seidl is also being mentioned as a potential replacement for Binotto, with Ferrari, Stellantis and Exor chairman John Elkann said to have intervened directly to install new top management at the Maranello team.

Binotto was notably absent in Brazil last weekend, but so too was Mercedes' Toto Wolff as the German team finally broke through for a win in 2022.

He had "already been sounded out by Elkann last summer", the correspondents said.

"Vasseur has a consolidated relationship with the top management of the Stellantis group, built in these years of managing Sauber - branded Alfa Romeo," the Gazzetta report added.

"He is a managerial turning point, given his resume as a true racing man with a past of also managing many teams in the minor leagues."