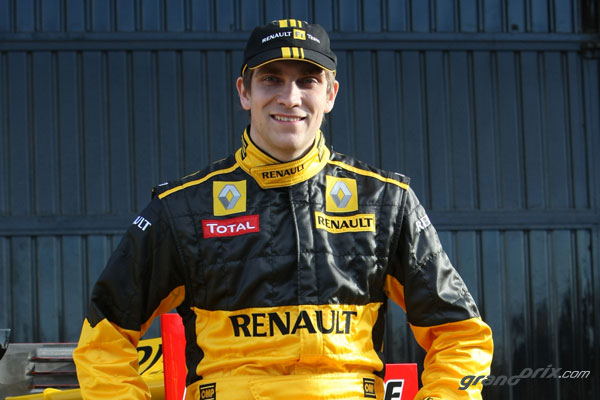 Russia's first Formula 1 driver has blasted the sport for interfering with the professional careers of Russian athletes.

At present, as a result of the Ukraine crisis, the world auto racing governing body requires Russian drivers to sign a special document and race under a neutral flag in FIA-sanctioned events.

Axed Haas driver Nikita Mazepin lost his Haas seat over the situation early last year, and now Vitaly Petrov has questioned the legitimacy of other events like the Dakar rally which this year was missing notable Russian names.

"Without Russia, I do not consider a single champion or Olympic title to be valid," Petrov, who became F1's first ever Russian driver in 2010 until he lost his seat in late 2012, told Sport-Express.

"We need to stop being afraid of our people and return Russia to world sport."

When told that the FIA does allow Russian drivers to compete under certain special conditions, the 38-year-old added: "Everyone can decide for themself, but I would not do this.

"For me it is not acceptable. I don't understand at all this nonsense of some views being imposed on people."

However, Petrov says the bright side for Russian motor racing is that the sport could actually thrive under the current circumstances.

"Of course it is sad, but if all the strongest drivers are competing within Russia, this will greatly increase the competition and the overall level," he said.

"People will try different categories and new cars and a new audience will appear. We can use the current situation as an impetus for the development of motorsport," Petrov added. "To train the young ones in order to guide them further in the future.

"After all, this isolation will not last forever.

"I understand that it is difficult but no one should give up. I myself wanted to compete in Formula 1 all my life, so I understand the young drivers very well.

"But they need to be patient, to train and to believe, so that when there is an opportunity to return, we all will be ready."