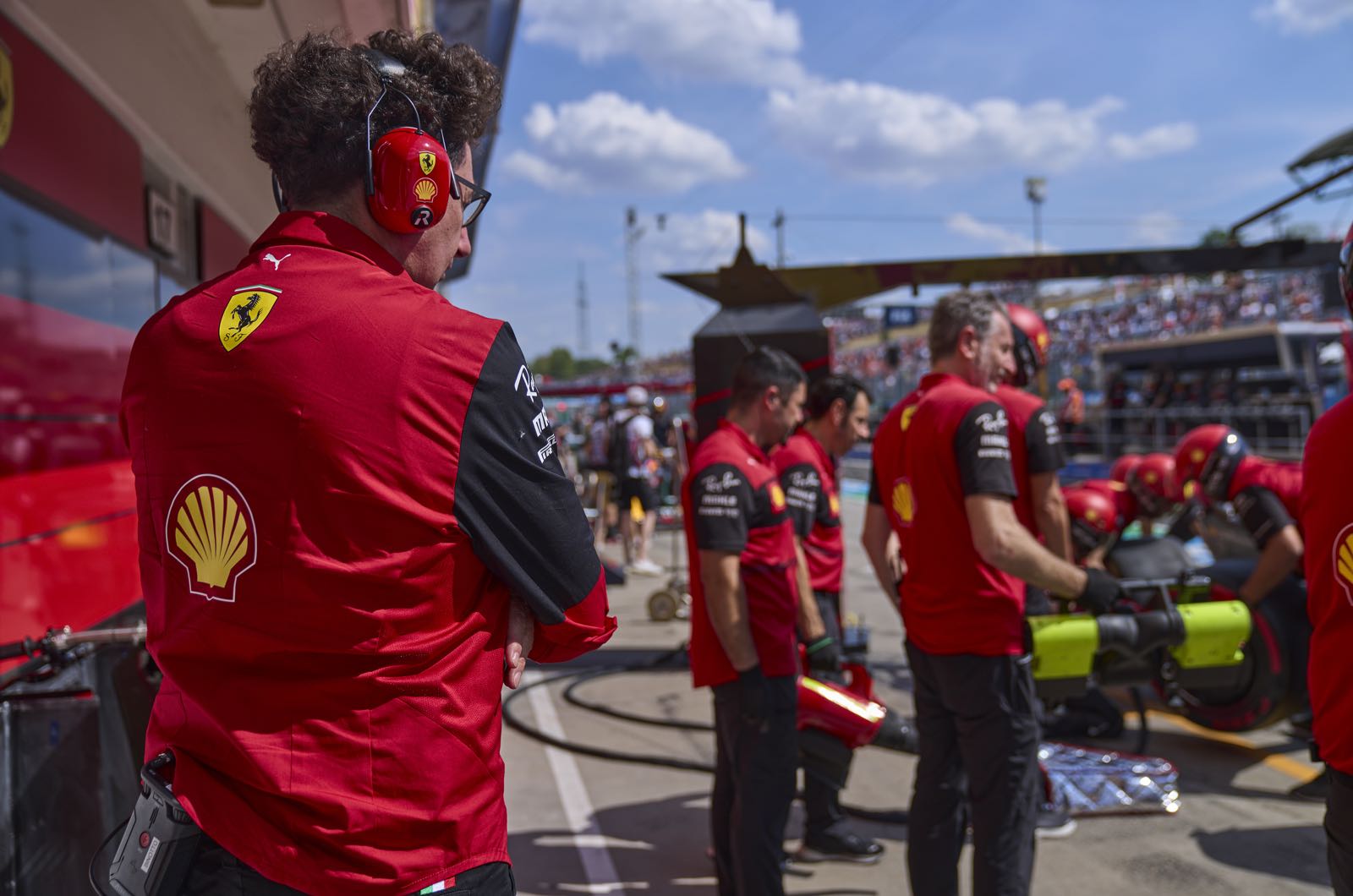 Mattia Binotto's new task is ending the turmoil that has derailed the 2022 world champion championship hopes of Charles Leclerc.

That is the view of Cesare Fiorio, a former boss of the fabled Maranello team - as multiple pundits marvel at the ways in which Binotto-led Ferrari has upset its star driver.

"I am often told that I root against him, but it isn't true. Actually, I have caught myself really wanting him to win in the past few races.

"I haven't felt like that for a long time, because I'm struggling to understand how he can remain positive."

In fact, Popov says the chaos on the Ferrari pitwall is now so extreme that Leclerc, 24, may even be looking for a way out of Italy.

"But it is clear that he has nowhere to go," the Russian said.

"He is a member of the Ferrari academy, there are no powerful sponsors behind him and no places in other top teams, so apparently he just has to stay quiet and endure it."

Even the partisan Italian press is dismayed about Ferrari's situation, with Tuttosport newspaper observing: "The car is there, the driver is there - but where is the team?"

"Swearing about it isn't going to help and the team will remind him that he has also made mistakes. He has a car capable of winning, so he needs to be patient."

Ralf Schumacher thinks it will also be an "uncomfortable" August break for Binotto.

"He always holds the team together well, but at some point the board and Ferrari's partners will become uneasy," he told Sky Deutschland. "The pace is there, but somehow Ferrari always manages to destroy everything for itself.

"Internally, this will not work in the long run."

Former Ferrari boss Fiorio, however, says Binotto deserves the benefit of the doubt for having brought the Italian team back to competitiveness in 2022.

"He was a great engineer and now he has another job," he told La Gazzetta dello Sport.

"It is clear that there is still something to fix and it is his job to do it now."

At the same time, Fiorio says the Ferrari drivers deserve no blame for the situation.

"Ferrari has two drivers who I consider to be among the five best drivers in the world. Both can win and score points and, personally, I would never change them," he said.