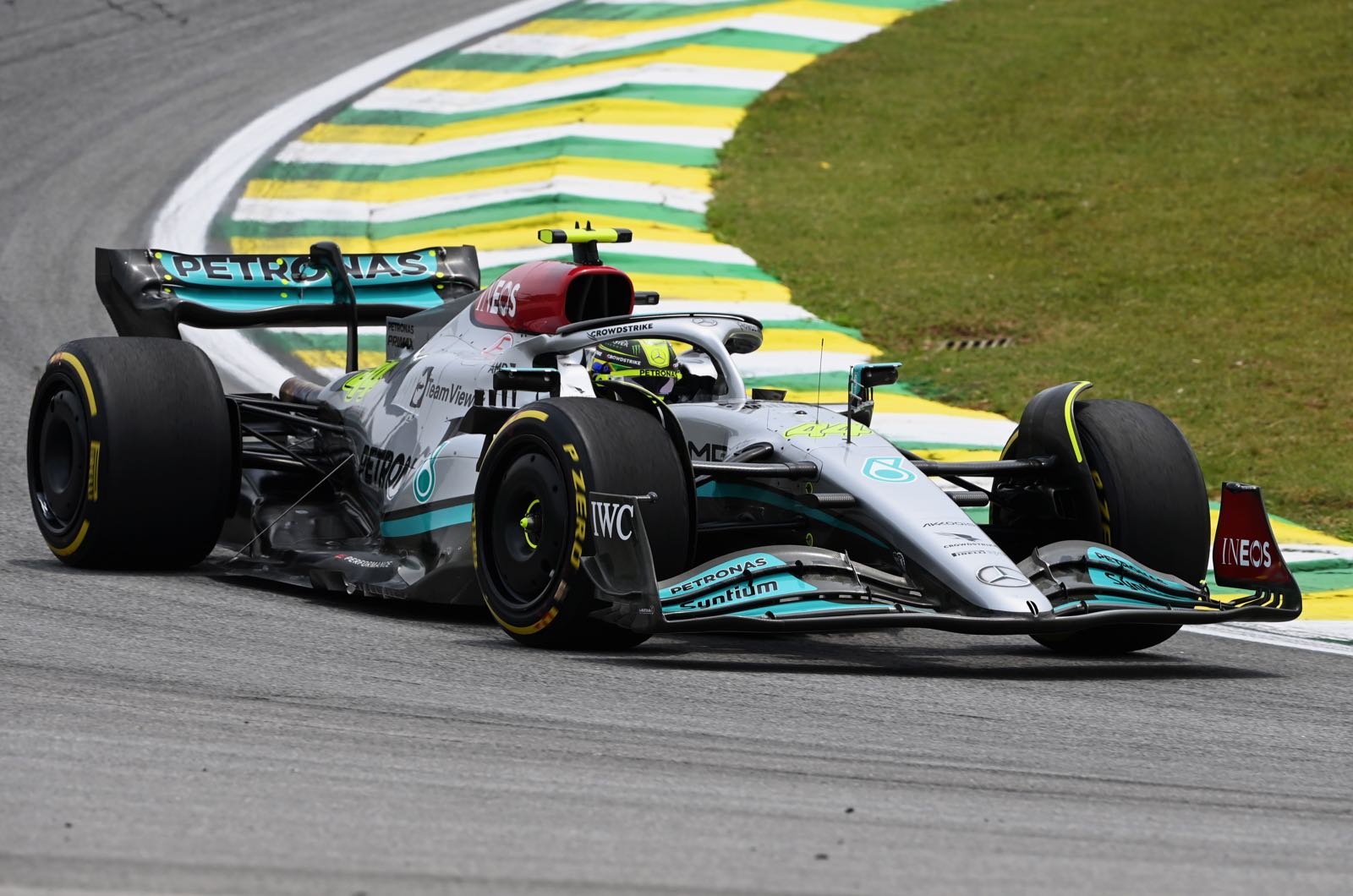 "Tough season will make us stronger"

This was a year of negative firsts for Lewis Hamilton: the first Formula One season in which he didn't win a single Grand Prix, didn't score a single pole position and didn't finish the championship inside the top five.

In a season where Mercedes was so determined to put the ghosts of Abu Dhabi 2021 behind things could have hardly gone any worse for the German team and Hamilton, but using his huge experience, the seven-times World Champion believes the events of this year will make him and Mercedes stronger going into the 2023 championship.

To start with, the seven-times World Champion has no doubt 2021 was harder to accept than the lack of competitiveness of the W13 throughout this year: "This was not, by far my hardest season in Formula One, no. I think 2011 was probably the hardest year I had, just in terms of life, on how to cope with what happened at the end. This year is not the greatest, it is up there with probably the top three of the worst seasons I've ever had, but it's been a much stronger year in terms of myself, in terms of how it worked with the team, how we've all stayed united. So, I think there's been lots of pluses."

Drivers, especially those with Hamilton's experience, can feel right from the start of testing that they've been given a winning car or, and on the opposite side of the scale, a car that will never amount to much, and when the British driver first tried the car and then could confirm in testing, in Bahrain, the W13 was nowhere near the front of the field, he had flashbacks to what was, until this year, his least successful Formula One season:

"I wasn't frustrated, I just remembered back in 2009, when I was on my third year with McLaren and I sat down with the engineers, they told me, 'hey, we've already reached our targets, we're smooth sailing. We've already hit our target and we're doing really, really well' and thinking, "have we set our target too low?".

"I remembered the first test and how horrible that car was. Looking back at that experience and how long it took us - seven months, or six months, it was - to finally get the upgrade we needed, so I knew what I was up against."

The situation, however, was made more difficult by a new set of rules, the biggest introduced in the last 13 years, according to Hamilton: "Back then we had more wind tunnel to use, more money to spend and a lot of testing too, but eventually we got our win. I think when we started this year, in the meeting I felt something similar, but I didn't know whether I was right or wrong."

"And then we got in the car, we were faced with something we hadn't expected or seen it coming. So, it was not anger that I felt but, at some stage, I had to think, "God, with this car I'm not going to be able to fight for the championship" and that was tough, given that it was our goal together was to rebound and fight, get back into the fight and give it everything again, not only because that's our drive but also because it's inspiring for other people because there are still different ways you can be inspirational."

For the Mercedes driver, though, "the way the team has reacted this year has made me tremendously proud. We didn't leave one stone unturned, we never gave up, we tried everything we could possibly try to extract from the W13 the potential we knew was there and, eventually, as a team we got our win, we got the one-two in Brazil and that just goes to show the tremendous strength of this team."

"Which is why I'm very convinced next year we'll be up there, even if there's a lot of ground to recover to fight Red Bull - with Ferrari we were already close at the end of 2022, but Red Bull was in another level. If here's a group of people that can make that leap, it's the one we have here at Mercedes and that was demonstrated this year, so what we endured this year will make us stronger next year."

For all the animosity there's on track with Max Verstappen, Hamilton doesn't have any issue praising his younger rival, although he's adamant he doesn't miss the wheel-to-wheel battles with the Dutchman:

"He delivered as he had to, this year he's delivered weekend in, weekend out and no one can take that away from him. It's never easy, no matter how good your car is, it's never easy to arrive at each weekend and perform at the level that he's been performing at, and they've done an amazing job as a team."

"People like to talk about it if there is something between us but if there is, he's a lot younger and maybe there's something in there, but I have respect for him."