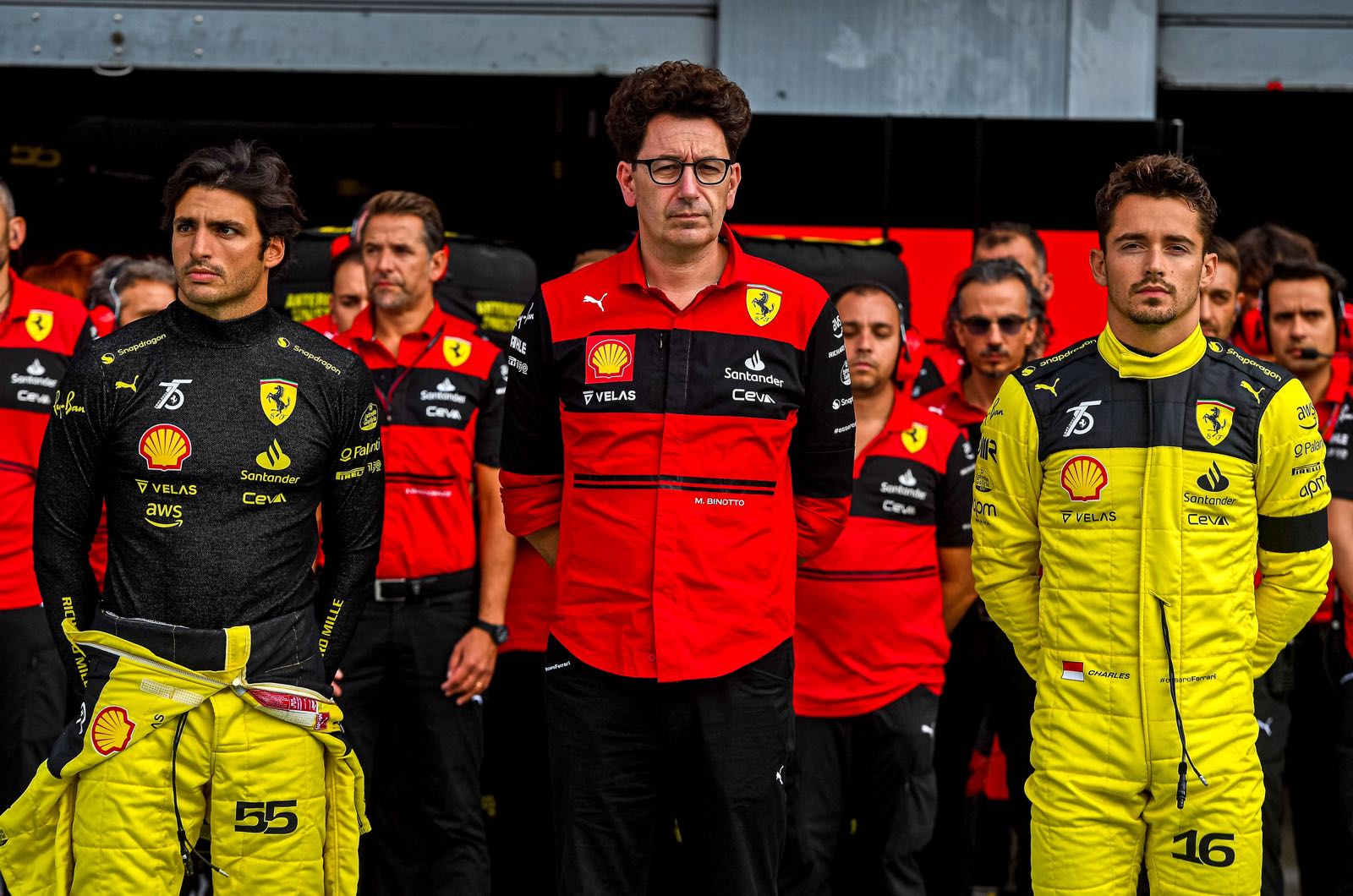 Top Ferrari driver Charles Leclerc has defended Mattia Binotto amid rumours at Monza that a change at the very top of the fabled Maranello team may be looming.

Binotto has been coming under increasing fire after Ferrari started the 2022 season strongly only to see the title challenge collapse due to ongoing strategy and pitstop errors and waning performance.

"If I was his boss, I wouldn't understand," former F1 driver Ralf Schumacher told Sky Deutschland.

"The mistakes keep happening and Ferrari is developing in a backwards direction.

"At the beginning of the season they didn't make the most of a strong package and now they're not learning from mistakes. As a boss, I would question that."

2016 world champion Nico Rosberg, meanwhile, said after Zandvoort that even Formula 2 and Formula 3 teams are handling their race management better than Ferrari.

"People say that Binotto is an engineer, so you wonder if Binotto should take care of the technical things while another person acts as the business and human resources manager," he said.

Fernando Alonso has seen the sort of pressure on past Ferrari team bosses first-hand.

"When you're in Formula 1 in general, you have to perform. If not, things will change. There's a huge pressure," the Spaniard said at Monza.

"This is not a charity event. This is professional sports."

Leclerc has seen his title battle with Red Bull's Max Verstappen collapse in recent weeks, but he insists that Ferrari must remain "united".

"There are always rumours around a Formula 1 team and especially with Ferrari," he said ahead of the Italian GP weekend.

"But I think that what is most important in those moments is not to get distracted by whatever is being said. We are very united as a team and I think we need to keep on going like this.

"I haven't heard that rumour in particular, but obviously we just have to focus on our own job," Leclerc added.

For his part, Ferrari team principal Binotto says he has been working hard since the competitive collapse at Spa-Francorchamps to "understand what happened".

To that end, the team is planning to do a back-to-back test in Monza practice of the most recent floor upgrade that made its race debut at Paul Ricard.

"Right from there, the drivers began to complain about the balance of the car and Leclerc made a mistake," he told Sky Italia.

It's also a big weekend for the Italian, as Ferrari marks Monza's 100th anniversary with special yellow branding in the presence of CEO John Elkann.

"The responsibility is high," Binotto admitted, "because expectations from Ferrari are high. A mistake from us is different to a mistake from the others."

He effectively admits, however, that the 2023 title is no longer realistic.

"The goal is to grow and try to compete," said Binotto. "This year we were competitive but we made mistakes. That's what we need to correct for the future.

"My main concern is growth, then victory."

F1 WOULD COPE WITHOUT PORSCHE IN 2026 SAYS DOMENICALI

F1 HAD TO GO DOWN SUSTAINABLE ROAD SAYS DOMENICALI