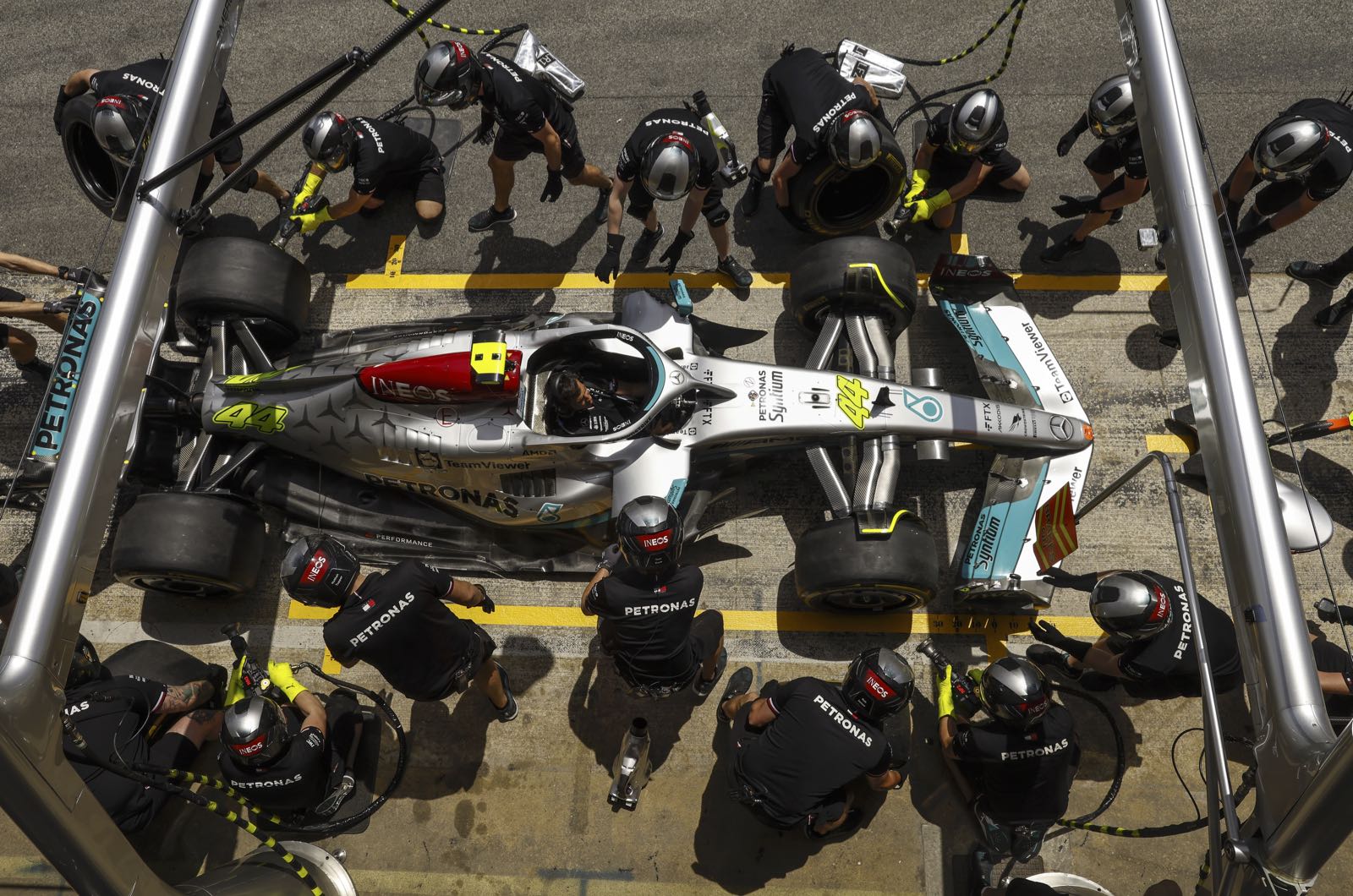 "Us, Mercedes and then Ferrari," said Dr Helmut Marko in Barcelona as he predicted a surprise hierarchy for this weekend's Spanish GP.

On Friday, it was championship leader Charles Leclerc in his newly updated Ferrari that led the way in practice, with Mercedes a surprise second and third in the afternoon.

Seven time world champion Lewis Hamilton said he was "super happy" that Mercedes appears to have solved its porpoising issue.

"We were also strong in Miami on Friday," said team boss Toto Wolff. "I think we used more power than Red Bull and Ferrari, but maybe we're not that far away.

"We'll have to see when the grip builds up and everyone revs up the engines and it gets down to business what the bouncing looks like for us."

It was another sign of hope for the German team, who were even said to be considering scrapping the unique 'no sidepods' concept of its troublesome 2022 car.

"I don't want to say that I have an opinion on whether the design is right or wrong," Hamilton said.

"But I think as Toto said, we will understand this weekend whether we are in the right direction, and if not we'll band up and move in another direction."

Despite Marko's wild prediction of Mercedes leapfrogging Ferrari in Barcelona, that may also have been wishful thinking as he also thinks "the usual duel between Ferrari and Red Bull" is likely in Spain.

He says Red Bull is "within a tenth" of the updated Ferrari.

"I've actually not done an interview for that newspaper for at least probably 10 years, something like that," said the 37-year-old.

The British driver also denied stories that he used some of the time between Miami and Barcelona bowing to the FIA's pressure and getting a troublesome piercing removed.

"I haven't had any discussions with anybody since the last time I spoke," Hamilton said. "What I'm aware of is that those who are married are allowed to wear their wedding ring."