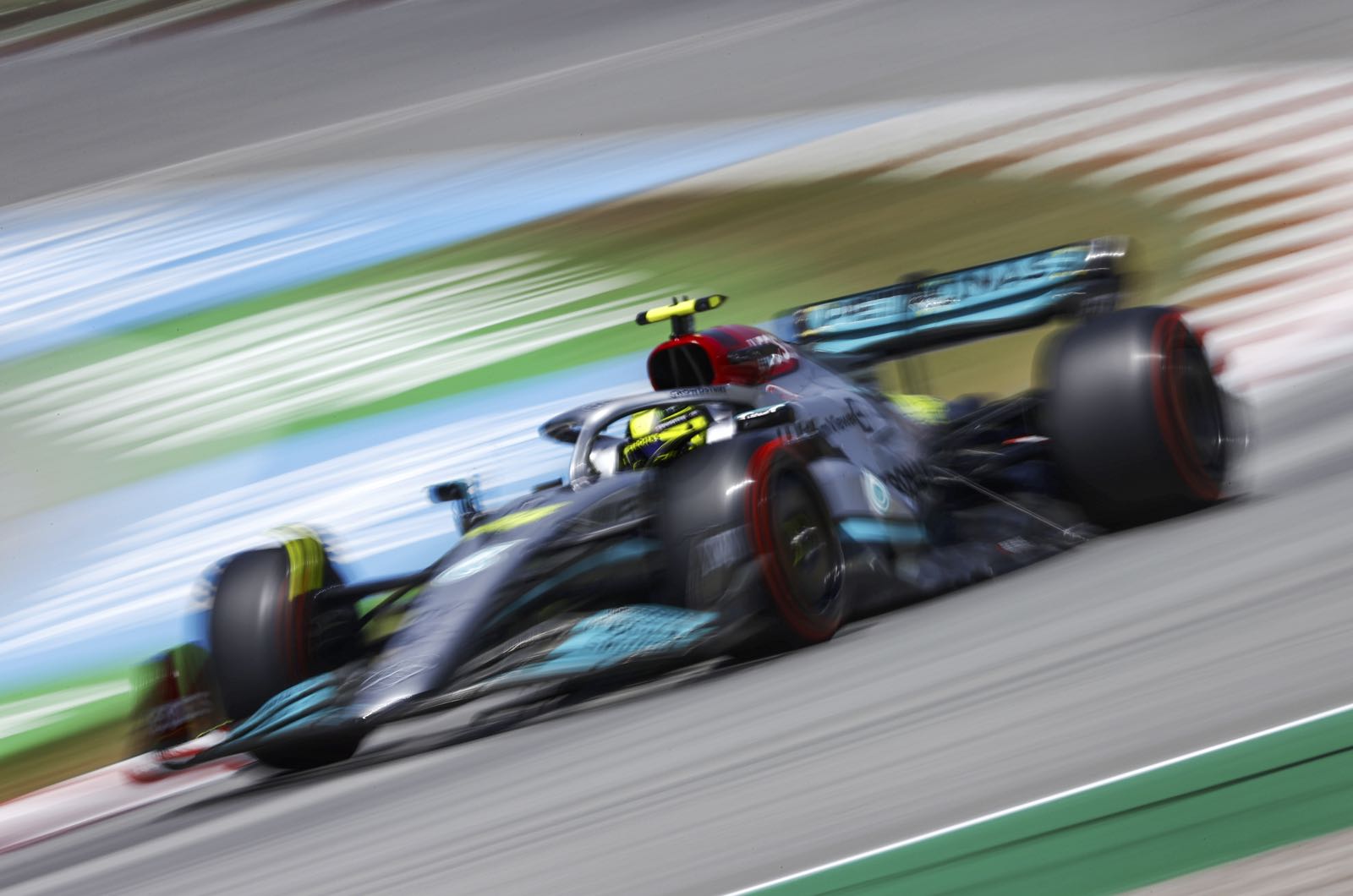 Mercedes is well on the road to recovery after a dire start to the new 'ground effect' era.

Although George Russell is still leading the way to seven time world champion Lewis Hamilton, the overall gap to Ferrari and Red Bull is down to about 6 tenths.

"We understand what we have to do in terms of ride height in order not to bounce."

That will be music to the ears of Mercedes' fans, especially as Wolff says the team will now start to "fully unlock the potential" of the unique 'no sidepods' concept.

"We are with Ferrari when it comes to long runs," he said. "Red Bull are in a league of their own in that way."

Indeed, he said Mercedes remain "miles away" in qualifying pace, meaning the idea that the team will scrap the no-sidepods concept cannot be ruled out.

"It's a good and fair question, but as the regulations remain the same for next year, there comes a time when you have to think about what's good about the car and what's not and make a decision about next year," said Wolff.

"We wanted to solve our problems quickly, now we've probably found the solution. So the season is really just beginning for us.

"If we understand the car and the tyres even better, we should be able to catch up with Ferrari and Red Bull," said Wolff.

Hamilton, 37, has looked and sounded much happier in Spain than he has at any other race so far this season.

"For the first time this season, the car feels like a real racing car again," he said. "Now we can finally develop ideas about where we want to go with the car."

As for Ferrari and Red Bull, Dr Helmut Marko says only a "stupid defect" with Max Verstappen's DRS left Charles Leclerc free to charge to pole after a Q3 spin.

Marko also said: "It is alarming that Ferrari has largely solved their problems with the long runs. Leclerc's long runs were very consistent.

"But overall the situation is newer for Ferrari so the pressure is greater," the Austrian told ORF. "Max has proven in the last few races that he doesn't make any mistakes under high pressure and exploits the smallest mistakes."

World champion Verstappen, meanwhile, says pole for Leclerc was "expected" after Ferrari brought "all those updates" to the first race in Europe.

"They've also been the fastest over one lap in just about every qualifying, so I think if you also gain some time thanks to updates, pole is pretty normal," said the Dutchman.