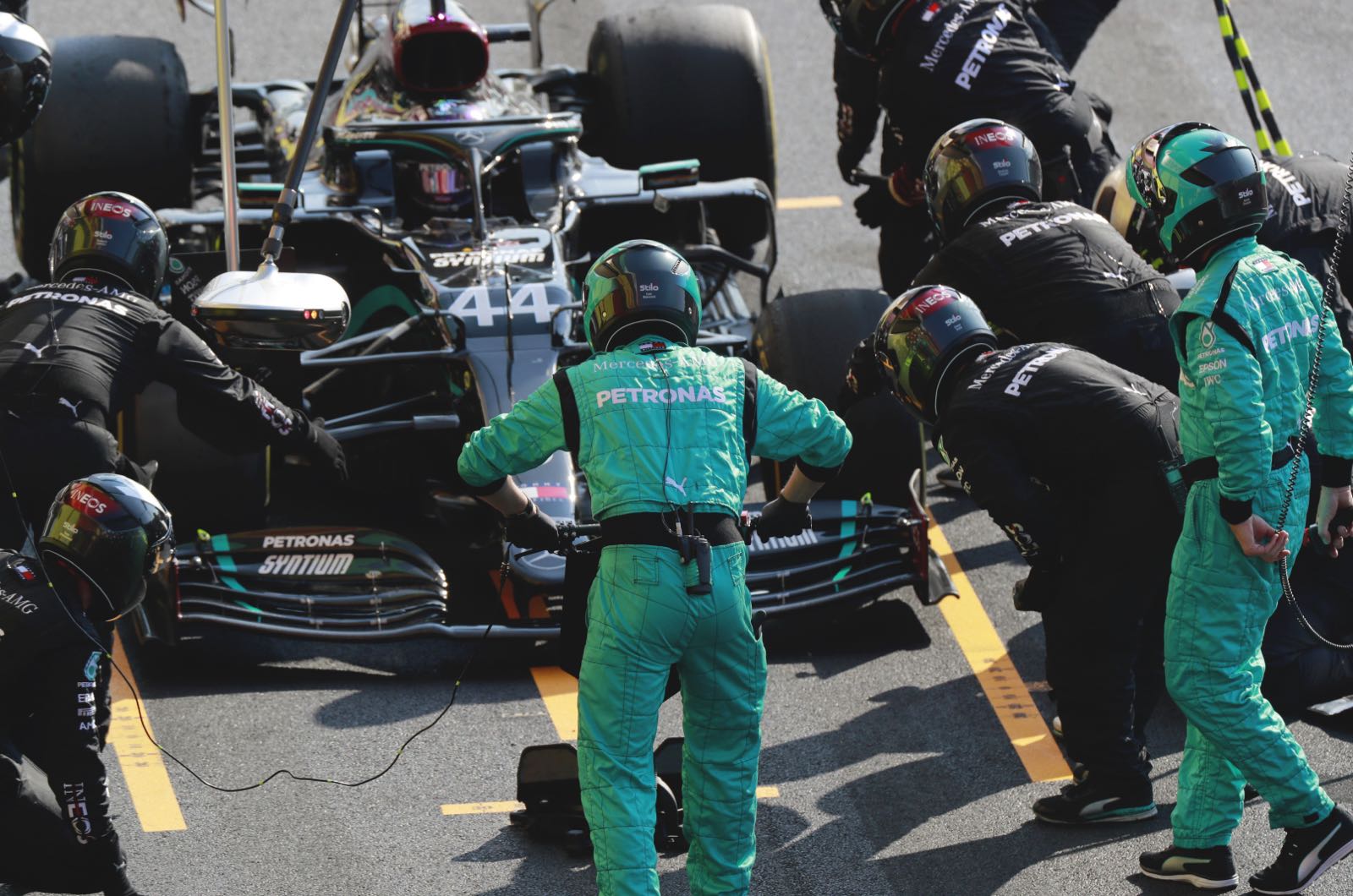 Lewis Hamilton and Valtteri Bottas are being very cautious amid an outbreak of covid-19 within the Mercedes team.

At least two members of the dominant team have tested positive at the Nurburgring, with a handful of others now removed from action and in quarantine.

"We flew six people in from the UK" to replace them, team boss Toto Wolff said.

"It's certainly not a good situation because every person is very important. Every loss of a member in the garage affects the race but I think we have got it under control by having the back-up from Brackley.

"I guess this is something that is going to follow us for quite a while," he said of the global pandemic.

It is understood that none of those affected are well known to the public.

As for Mercedes' most important team members - drivers Hamilton and Bottas - Wolff said they are being ultra-careful to avoid infection.

"Obviously the drivers are the most restricted of the whole team," he said.

"It's certainly not a great situation for them because you almost need to live like a hermit and that's what they are doing.

"They are not sitting with the engineers in the room, they are sitting in their own rooms and we are avoiding any personal contact with them as much as possible.

"As you say, it's really critical for the championship to miss a race or two," said Wolff.