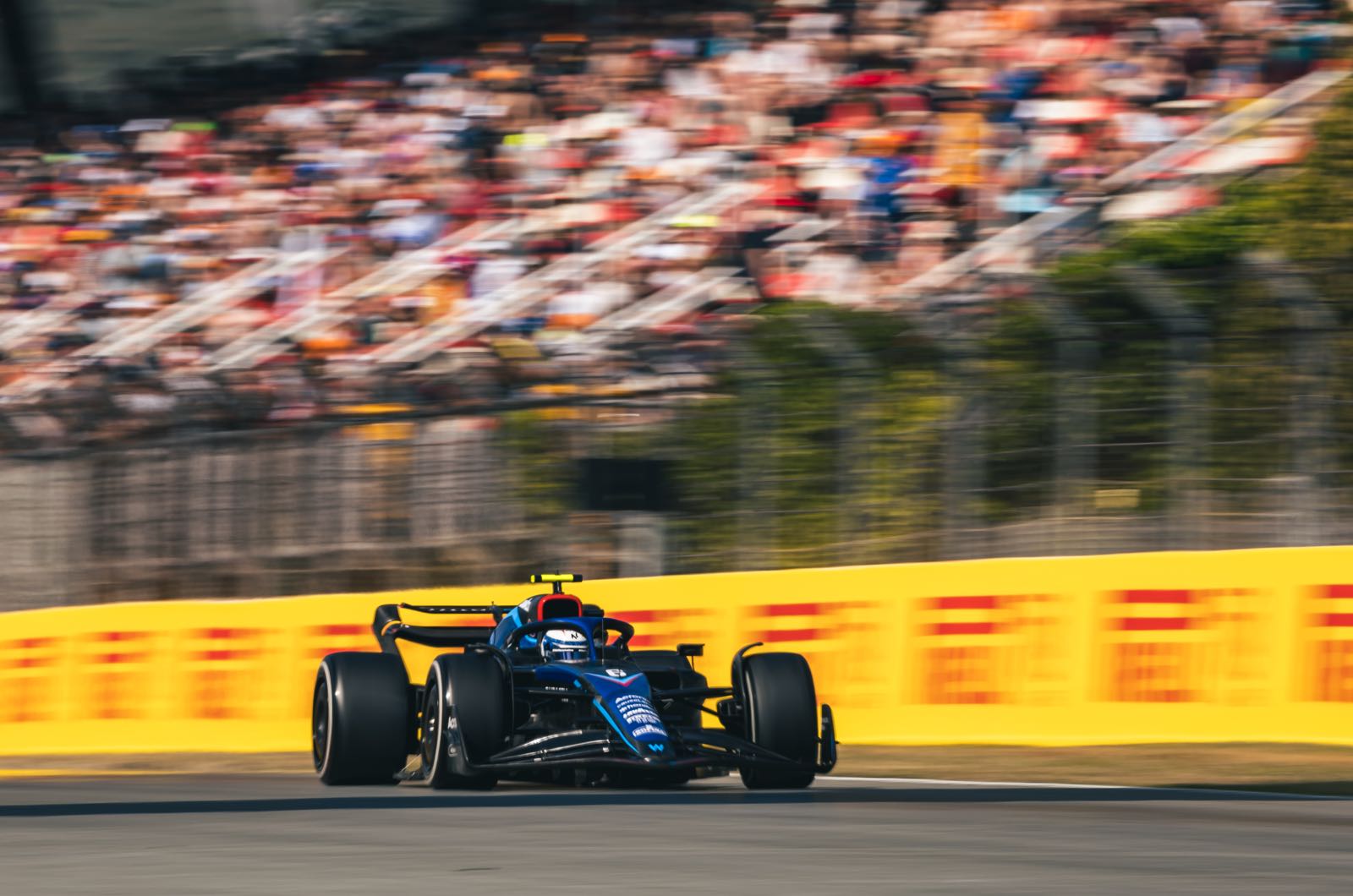 Both Nicholas Latifi and Nyck de Vries have brushed off rumours that they are currently fighting for the Williams race seat.

Last week, a well-known Canadian journalist claimed a deal for 27-year-old Dutchman de Vries to replace struggling Latifi had already been done - and then retracted the story.

"When I saw the report, I just kind of laughed a little bit because obviously it was not the case at all - I'm still here," Latifi said.

"Williams' press lady told me about it but I don't keep up with the rumours on social media," he told the Dutch publication Formule 1.

However, he didn't hide the fact that he was happy to have just managed to outpace Latifi at what could be a crucial moment in his career.

"We are in a competitive sport," he said. "In the end your teammate is the first person you are compared to, but I had no specific goal to beat my teammate."

When asked if the eventual result gives his Formula 1 race aspirations a boost, though, de Vries said he has "no idea".

"Let me put it this way - normally I'm not that nervous. When you get an opportunity like this, you don't just want to participate, you want to show what you can do."

Former Dutch F1 driver Giedo van der Garde, however, thinks the chances that de Vries is about to oust Latifi are "very small".

"If you can show what he showed right away against someone who has been in Formula 1 for three years, then hats off - really," he told Radio 1.

"But I think the chance that he will take over from Latifi is very small. Latifi brings a lot of money with him, but of course it is also about performance.

"If the performance fails to materialise, it may just be that Williams ends up with de Vries. For now, however, I think the chance is very small," van der Garde added.