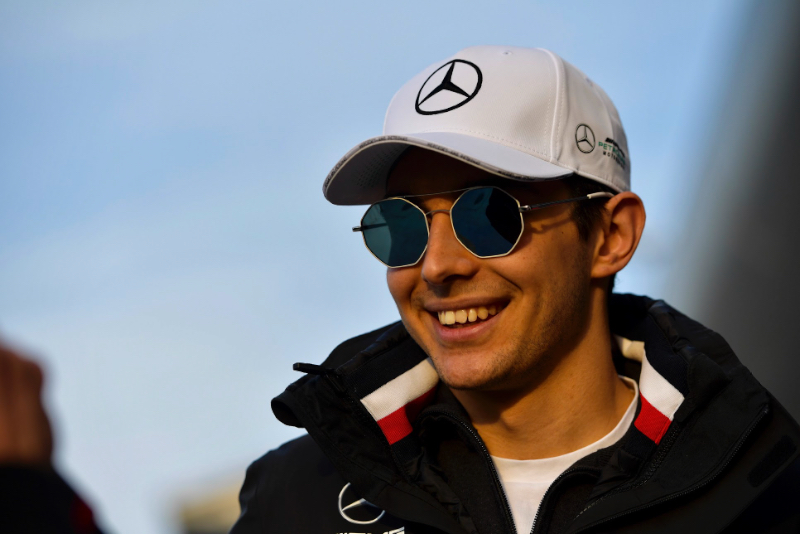 Esteban Ocon says he will not reveal to Renault all of Mercedes' "secrets" this year.

After being dumped by Force India, the Toto Wolff-backed Frenchman became Mercedes' official reserve driver at every grand prix for 2019.

But he has now been signed by Renault for his 2020 return, and Ocon admits he will help his new team by providing insights about how Mercedes operates.

"I come from there (Mercedes) with a lot more technical knowledge, but also in other aspects of the organisation - the way they see things and the way they handle certain situations," the 23-year-old told Ouest France newspaper.

"This year I will of course share part of that to some extent, but you should always remain professional and not give away all of the secrets."

Ocon said some transfer of knowledge is common when drivers move from team to team.

"Engineers have to wait at least a year before joining a team, but that is not the case for a driver," he said.

Renault held its official 2020 'launch' this week without actually revealing the new car, raising suspicions that the team is fielding an almost unchanged car from 2019.

"There are a lot of changes to the car," he insists. "You haven't seen them yet, but what has been done is really interesting.

"I think we are the team that has changed the most since last year. The engineers told me that it's been four years since there has been a change like this in the appearance of a Renault car.

"It's true to say that the car is from the same base, but in fact it's also very different," Ocon added.