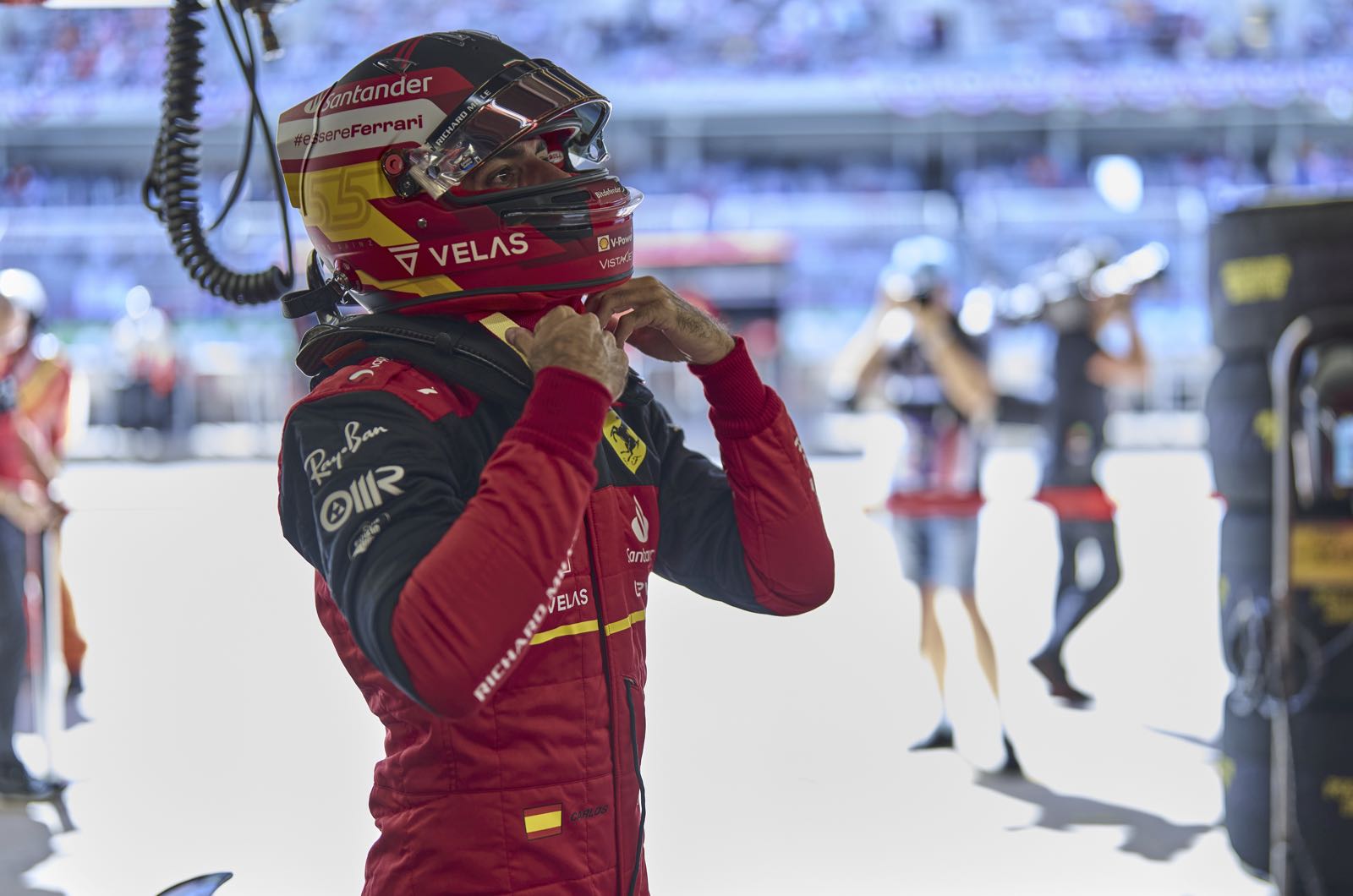 Red Bull touched down in Abu Dhabi determined to move on from a major spat between its two Formula 1 drivers.

In a statement, the dominant 2022 team insisted it had "not agreed a strategy" prior to the race that involved Max Verstappen moving over for Sergio Perez.

"This put Max, who has always been an open and fair team player, in a compromising situation with little time to react which was not our intention," Red Bull Racing added.

The team says the matter has now been discussed and cleared up and "no further comment will be made".

World champion Verstappen, however, is furious that the episode made him look "very bad" as a team player - and hit out at the media for fanning the flames of subsequent abuse.

"All the things I've read are pretty disgusting," said the Dutchman. "They started attacking my family, threatening my sister and my Mum, my girlfriend, my Dad.

"When your own sister writes you that it's getting way too much and you have to do something about it, I think that says enough," he added.

At the same time, Verstappen insists that he has a "great relationship with Checo" - even though some suspect the refused team order was payback for Perez having supposedly crashed on purpose in the dying moments of Monaco qualifying.

"As I said before, I'm not going into details," Verstappen insists. "We keep it between the team and myself.

"It wasn't about first or second or sixth or seventh or tenth," he said. "It was about something that happened earlier in the season and I already explained that in Mexico and the team understood and agreed.

"But you don't know the real story so you don't need to write the story."

Since the episode, many people have been referring back to the onboard footage of Perez's Monaco crash and wondering if the Mexican may indeed have faked the crash - and triggered Verstappen's ire.

Most drivers refused to comment in Abu Dhabi, but Ferrari's Carlos Sainz was at least willing to discuss it.

"And if there was a rule, you wouldn't even think about it because you'd still have a lot to gain but also a lot to lose," Sainz added.

"The drivers want some kind of rule so that if you intentionally or unintentionally cause a red flag, that driver gets something because he has compromised the others.

"If not, we'll all play with it. In recent years we've already seen more games like that."

For his part, Perez point-blank denied to crashing on purpose in Monaco to cement his qualifying position ahead of Verstappen.

"You have all the information - you can see the lap," he said in Abu Dhabi.

"I almost crashed in turn 1. Everyone makes mistakes in Monaco in qualifying. And it doesn't look like it was done on purpose. I was just looking for the laptime in Monaco.

"You can check the whole lap - I was giving it my all on my last run of Q3. And you just make mistakes."

Perez also insisted that he is ready to move on from the supposed conflict with Verstappen.

"We are both adults," he said. "And we will be able to leave this behind and look forward.

"We discussed what happened in Brazil and we agreed that for the benefit of the team it must be internal. We don't want to give rise to more speculation and so we move on.

"We are the same team we used to be - united and strong," Perez added. "And that is the team's priority. I'm pretty sure I can count on him and my team this Sunday."