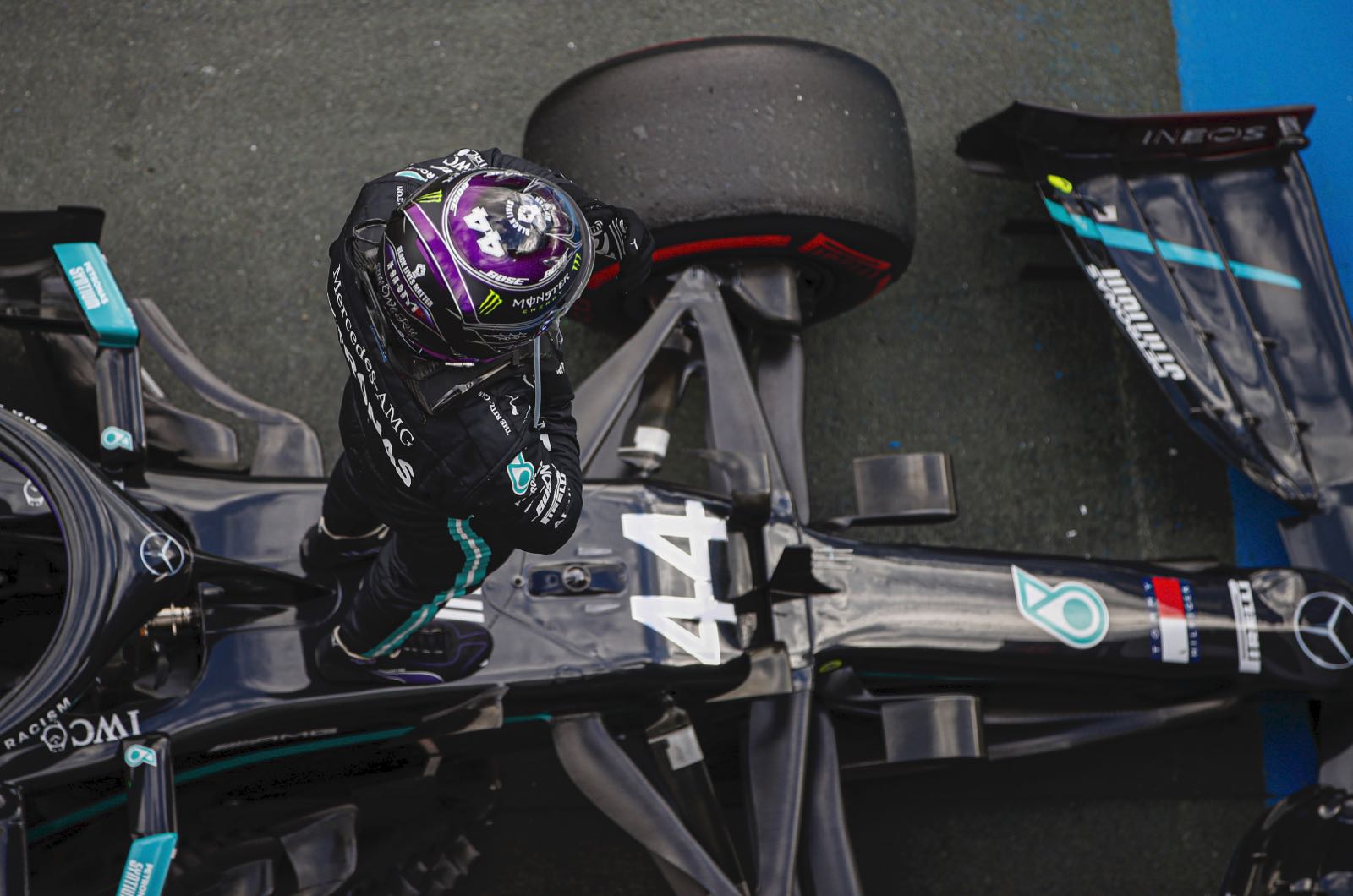 Sir Jackie Stewart has denied having a 'bee in his bonnet' about Lewis Hamilton.

As Hamilton raced to equal Michael Schumacher's all-time victory record at the Nurburgring, he had earlier hit out at consistent critics like F1 legend and triple world champion Stewart.

"They still have a bee in their bonnet, I don't know why - maybe they'll get over it one day. I have so much respect for the past legends, even though they do continue to talk negatively about me all the time," he said.

Indeed, several F1 personalities and former drivers had used the occasion of the record-equalling feat to argue that it is difficult to assess Hamilton's greatness because of the dominance of his Mercedes car.

Stewart, though, denies "trying to diminish" the achievements of the 35-year-old.

"I hold his performances with incredible respect," he told the PA news agency. "He is the best driver of the present time.

"I am not knocking him down and I am disappointed he thinks that way. What do I have to gain from that? I am 81 years of age.

"I was asked what did I think about Lewis becoming the most winning driver of all time and if that made him the greatest there has been. I said it is very difficult to say that.

"The greatest I believe there has been is Juan Manuel Fangio, followed by Jim Clark. But even then, is it correct to say someone is the best?

"Lewis' achievements are amazing but he is driving the finest racing car in the world and it has been that way for a very long time," Stewart said.

"Lewis made a terrific decision to move to Mercedes from McLaren. But is he better than Fangio who won his five titles with four different teams? Or is he better than Jim Clark or indeed Michael Schumacher? You simply cannot say."