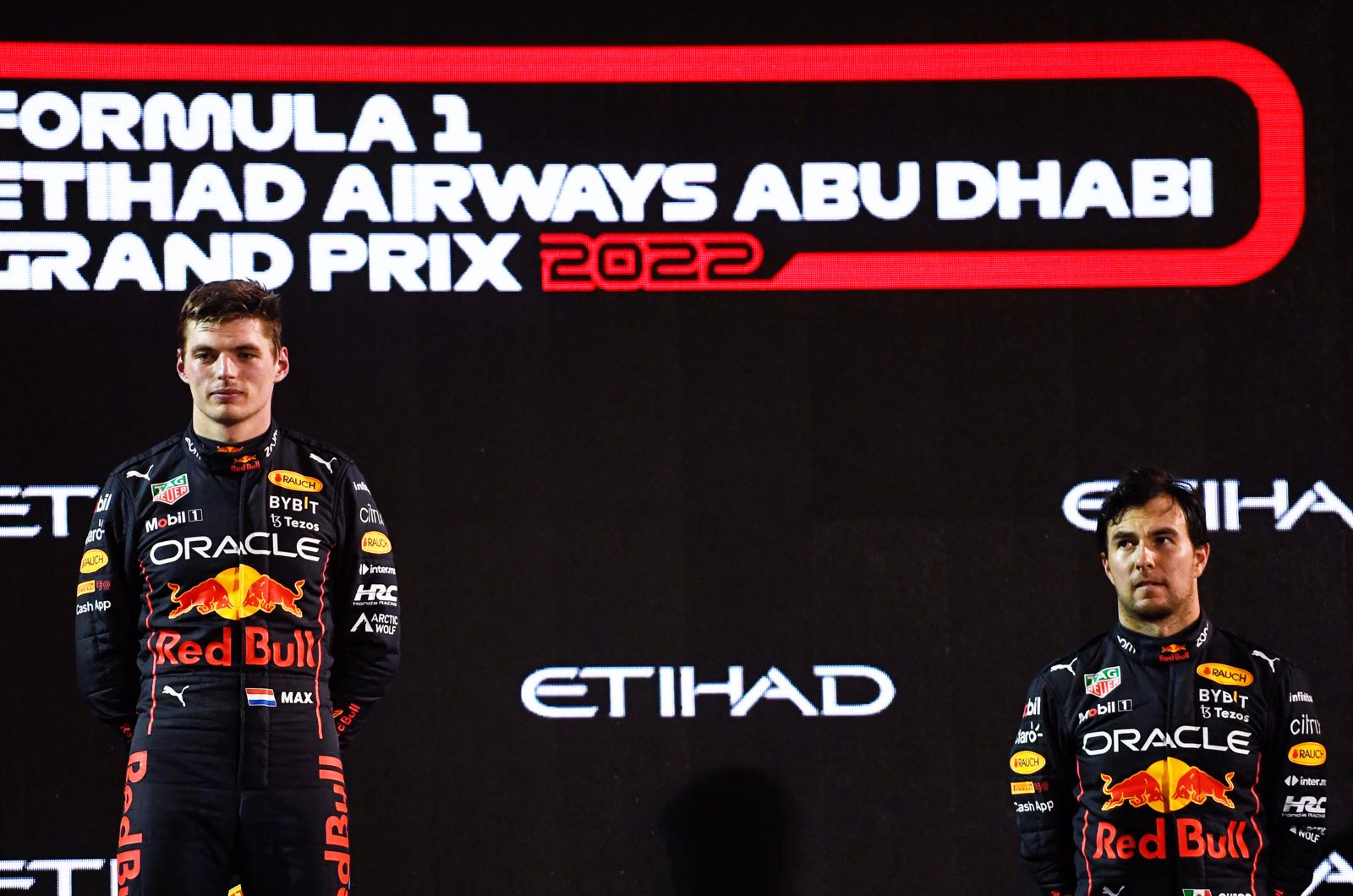 Max Verstappen has hit back at rumours he might be pushing Sergio Perez out of the sister Red Bull cockpit.

In Brazil, the picture of a harmonious team was smashed when the reigning world champion refused to let Perez past to maximise the Mexican's chance of securing second overall in 2022.

Perez's father Antonio then poured fuel on the fire by insisting that his son is pushing for an equal hierarchy at Red Bull.

"He has to seek to win all the races and all the pole positions," Perez senior told Esto.

"It's a competition for both of them, not just for one. For the team, it hurt them a lot to have not achieved the 1-2."

Publicly, all sides now insist that there are no problems between Verstappen and Perez, despite the conspicuously timely arrival of Daniel Ricciardo as third driver.

"Daniel's contract is very specific for a reason," team boss Christian Horner said this week. "We have a contract with Checo for the next two years and he has made a good step this year.

"They've both done a phenomenal job for the team and we have no reason to believe that will change for the duration of their contractual commitment to the team," Horner added.

However, the German specialist source Sport1 this week suggested Verstappen, 25, is actively lobbying to have Perez replaced by Ricciardo.

The Dutchman denies it.

"Our relationship is good," Verstappen told Viaplay. "It is actually the way it has always been."

When asked what exactly went wrong in Brazil, amid reports it was Verstappen's 'payback' for Perez supposedly deliberately crashing in Monaco qualifying, he added: "If I explained it, people would still not understand.

"They don't understand what goes on behind the scenes during the season. People think I'm not a team player but I'm very open."

For instance, he says car setups are shared between both side of the garage.

"I always work with GP (Gianpiero Lambiase) on a setup and it's then usually taken by the other side of the garage," said Verstappen. "Nothing is said but that's ok in a team, both cars must be good.

"I never hold anything back."