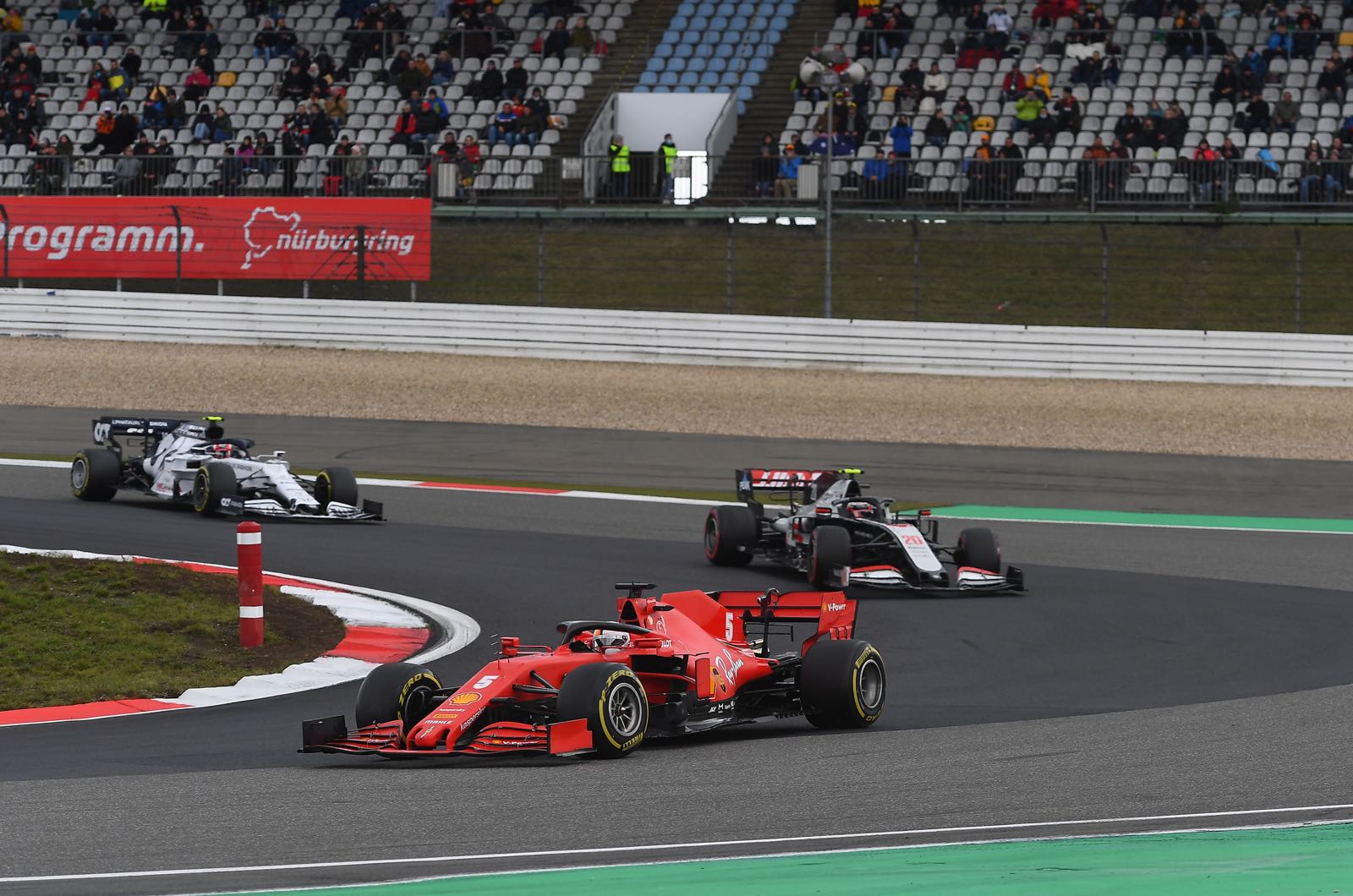 Sebastian Vettel is not convinced that Formula 1 should switch to a two-day format.

Ahead of the planned two-day schedule at Imola, the subject came to the fore at the Nurburgring last weekend when the medical helicopter could not fly on Friday.

The Mercedes drivers, Max Verstappen and other prominent figures said the resulting two-day format worked well, while Toto Wolff indicated that he is ready to vote for the format going forwards.

Vettel, however, says: "The two-day weekend affected the work of the drivers much less than the work of the engineers. They did not have the opportunity to compare different settings and how the tyres were working.

"We were also unable to work on new parts," he explained.

"The two-day format also means we lose an evening, as the car is in parc ferme between qualifying and the race, which means the engineers cannot work on it.

"If Fridays are cancelled, there is also less entertainment on the program for the promoters. I don't know what the future holds, but I think it's better to cancel Thursdays rather than Fridays," said the quadruple world champion.

Meanwhile, Vettel's former boss and mentor Dr Helmut Marko said the German decided to continue his career with Aston Martin next year contrary to his advice.

"I advised Seb to take a year off, recharge and then seize the opportunities that arise in 2022 with renewed vigour," the Red Bull official told Sport1.

"He made up his mind that he'd rather stay in the business," said Marko.

"He certainly has a chance of podium places at Aston Martin, but I doubt he can win."